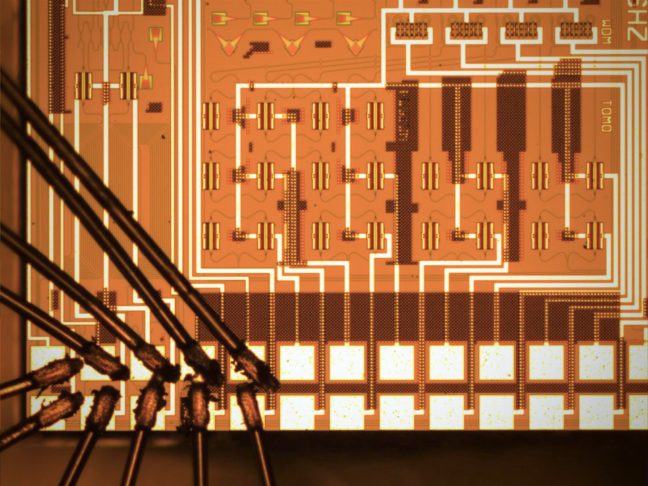 This question comes up often. In this post, we outline some of the different approaches and discuss the interposers which we stock for various scenarios. If none of our existing interposers meet your needs, please contact us with your special product request.

We stock a variety of interposer PCBs. These take in the bulky 60 or 68-way cables from our line of docks and break them out into smaller connectors for wiring your devices. Most interposers present two or more identical output connectors. Some contain integrated patch panels, to allow manual re-wiring of the device. Others are directly wired, and rely on reconfiguration in software.

END_OF_DOCUMENT_TOKEN_TO_BE_REPLACED

So you just received your shiny new qontrollers, and are ready to start programming? This note is for you! First, we’ll get you up and running, then show you some of the API’s features.

END_OF_DOCUMENT_TOKEN_TO_BE_REPLACED

Complex photonic devices require many electrical connections. A quick way to save a lot of connections is to use a common ground wire for several electro-optic devices (e.g. heaters, or photodiodes). For N devices, this saves N – 1 connections, which can translate to significant reductions in wire-bonding or multi-point probe size, and ultimately to savings in time and money.

Crosstalk is a well-known problem with common-ground connections, even for DC signals. It arises from small resistances between different parts of the on- and off-chip ground network. In its simplest form, this is a resistance between the on-chip common ground and the off-chip true ground, labeled RGND in the above diagram. As the input voltages (V0..3) change, the current flowing through RGND also changes, and so the voltage of the on-chip common ground changes depending on the specific configuration of the input voltages. In this way, the voltage dropped across any given load resistor (R0..3) depends on all the other voltages—the definition of crosstalk. This problem manifests itself most strongly when the load resistances are small, though is always present.

To counter this problem, all Qontrol drivers have the ability to drive a specified current through each output. Such a setup is shown on the right side of the above diagram. Since the current flowing though each load is chosen by us (I0..3) we directly control the power dissipated in each load, independent of how much current flows through RGND.

Caution: When driving in current mode, be sure to set a maximum voltage for each port. This will protect your device in the event of a larger-than-expected load resistance, or an open circuit. 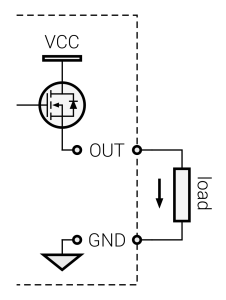 The push-type, class-B, or open-emitter, amplifier output stage offers two main benefits: it can output 0 V when powered from a single supply, and it can drive very large currents. This stage features in both our Qontrol 8 and Qontrol 16 drivers,  which use MOSFET output elements. The basic structure of a push-type output stage is shown.

One thing to notice about this circuit is that current may only flow out of the output port—the output can only source or push current, but cannot sink or pull it. So, only loads requiring a positive voltage can be driven by a push-type output. A correctly connected resistive load (e.g. a heater) is shown in the diagram, with the flow of current indicated by an arrow.

One side benefit of this circuit is that it’s completely safe to short one output to another (but not to ground, of course!). No current will flow.

Qontrol Systems LLP is registered in England and Wales, with company number OC411692, and VAT number GB 289376147. Our treetop headquarters is at 25 Victoria Square, Bristol, UK.